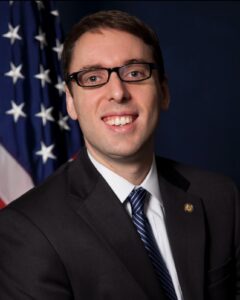 Before joining GAMA, Alex Burkett served as Staff Director and Special Advisor on Aviation Safety for the U.S. House Aviation Subcommittee. In that capacity, he advised the House Transportation and Infrastructure Committee chairman as well as the Aviation Subcommittee chairman on innumerable issues involving aviation policy. He was the principal author of the House version of legislation that prevented airline bankruptcies as a result of the COVID-19 pandemic by providing grants for their labor costs, as well as safety legislation responding to two major air carrier accidents. He also was involved in enactment of the 2010 aviation safety legislation responding to an earlier air carrier accident, and ultimately oversaw the FAA’s implementation of all the mandates under that legislation.

On an almost daily basis, he conducted oversight of the Federal Aviation Administration’s aviation safety regulation, air traffic control modernization, and preparations to accommodate new entrants in the aviation system. In partnership with general aviation and other concerned stakeholders, he orchestrated, on behalf of the T&I Committee’s Democratic leader, a successful effort to defeat a proposal to privatize the nation’s air traffic control system from 2015-18.

He joined the Aviation Subcommittee staff as Counsel in 2010 and served in various capacities including Chief Counsel for the Transportation and Infrastructure Committee. He also worked as an attorney at the National Transportation Safety Board, advising aviation safety investigators and NTSB members on legal issues related to accident investigations, including those of numerous general aviation aircraft as well as several air carrier accidents.

On top of this experience, he worked in regulatory compliance at United Airlines, advising stakeholders across the airline on numerous safety and consumer-protection matters governed under FAA and Department of Transportation regulations.

Alex is a private pilot who started flying as a fifth grader in the mountains of Northwest Georgia.