“GAMA is proud to award Lucas, Mehul and Matthew scholarships to support their aviation-related educational journeys. They each show extraordinary promise and have bold visons for shaping the future of aviation. We were inspired by their passion, encouraged by their determination and hard work, and know that they will each find success,” said GAMA President and CEO Pete Bunce.

Stimpson Scholarship winner Lucas Daniels recently graduated from Riverwood International Charter School in Sandy Springs, Georgia, and will be attending Embry-Riddle Aeronautical University to major in Aeronautical Science. Daniels was a part of the 2020 GAMA Aviation Design Challenge first-place team. As part of his Eagle Scout project, he constructed a brick memorial flag pavilion for the Marietta Aviation History and Technology Center in Marietta, Georgia. He was president of his high school flying club and built a flight simulator to grow student interest in aviation, especially for students who could not fly due to limited financial resources. Daniels has set a career goal of becoming a professional pilot. 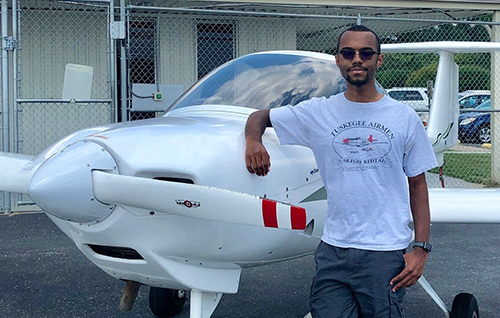 Stimpson Scholarship winner Mehul Dhillon graduated from Columbus North High School in Columbus, Indiana, and will be attending Purdue University to major in Aeronautical and Astronautical Engineering. Dhillon was the Cadet Commander for his local Civil Air Patrol (CAP) Cadet Program, where he led successful recruitment outreach efforts. Additionally, he led an AviationNation assembly of a Van’s Aircraft RV-12 and mentors students coming into the program. Dhillon has set a career goal of designing and mass manufacturing renewable energy general aviation aircraft. 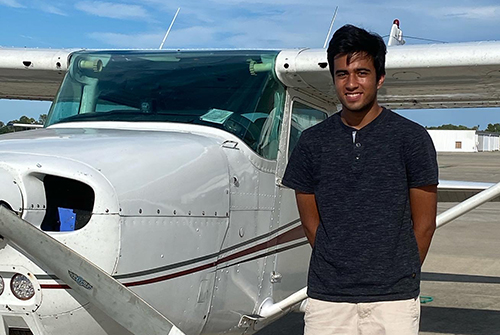 ICAS Foundation GAMA Scholarship winner Matthew Leahey is enrolled at the Georgia Northwestern Technical College, where he is majoring in Aviation Maintenance Technology. He says his passion for aviation maintenance motivates him to learn more and think critically. In addition to his academic success, Leahey volunteers as a youth leader at his church. Leahey is excited about his future as an Aircraft Maintenance Technician and has set a career goal of obtaining his Inspection Authorization.

The International Council of Airshows (ICAS) Foundation GAMA Scholarship is awarded each year to deserving students enrolled in a college/university level aviation degree program. Scholarship recipients receive $2000 for tuition assistance from the unique partnership between GAMA and the ICAS Foundation, which each entity equally funds. It is the goal of the scholarship to assist high-caliber individuals in obtaining the education needed to become effective leaders in the aviation industry. Applicants are evaluated on their academic record, extracurricular activities within their school and community, and an essay on their aviation career goals. For more information on the ICAS Foundation GAMA Scholarship, visit icasfoundation.org.

The ICAS Foundation is a tax exempt 501(c)(3) organization dedicated to preserving and promoting the history, and recognizing the advances of, the air show industry. Their mission is to provide the necessary resources to leave a lasting legacy of our industry for others to follow and perpetuate.