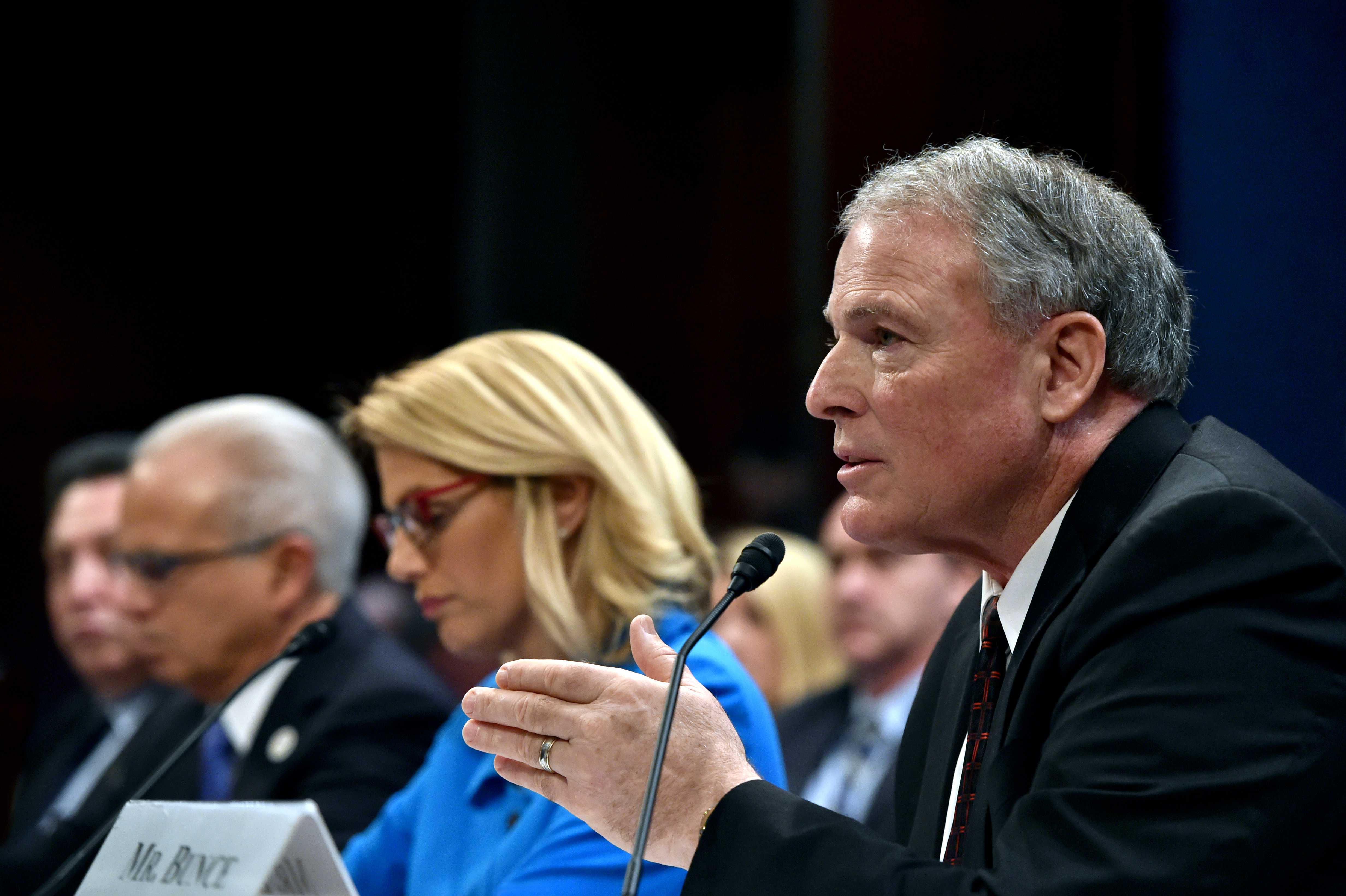 Thank you, Chairman Larsen and Ranking Member Graves. My name is Pete Bunce and I am President and CEO of the General Aviation Manufacturers Association (GAMA). On behalf of GAMA and over 100 of our member companies, we look forward to working with you and the members of the House Aviation Subcommittee in the 116th Congress on key aviation items. We also look forward to working with House Transportation and Infrastructure Committee Chairman Peter DeFazio and Ranking Member Sam Graves and the membership of the committee at large. Thank you for convening this hearing today which will be vital to understanding the short and long-term impact of the recent partial government shutdown on the Federal Aviation Administration (FAA) and the aviation industry, and how best to recover from it.

GAMA exists to foster and advance the general welfare, safety, interests, and activities of the global general and business aviation industry. This includes promoting a better understanding of general aviation manufacturing, maintenance, repair, and overhaul and training and the important role these industry segments play in economic growth and opportunity, and in facilitating the critical transportation needs of communities, businesses, and individuals. The general aviation industry provides $219 billion in economic output overall to the U.S. economy and employs over 1.1 million people.

I appreciate the opportunity to speak about the impact of the shutdown on aviation manufacturing. However, I also want to make it clear that GAMA recognizes that these impacts go far beyond our critical part of the aviation industry. We appreciate and respect the work of all federal employees, especially those working to promote the safety, security and economic health of the aviation system, and realize how difficult this recent period has been for the federal workforce and those who contract and partner with the federal government. Our industry is one which relies on the professionalism, focus, and success of all aviation employees, both public and private sector. The U.S. aviation system is an extremely complex and interconnected one
which provides the highest levels of safety and the largest and most robust air services network in the world – when significant stress is imposed on one part of this interdependent system, there is negative impact on all.

I also want to recognize the great work of the House Transportation and Infrastructure Committee in enacting a five-year FAA Reauthorization bill into law last year (P.L. 115-254). The law was rightly hailed at the time as providing needed stability and direction for the FAA and the aviation system and community. This recent shutdown was a challenge to that premise and we hope the Subcommittee will work with us, FAA, and DOT to recover and move forward on critical initiatives which seek to strengthen and improve the efficiency of our national aviation safety system and enable continued growth and development of new aircraft and technologies.

From GAMA’s member companies’ perspective, the certification reforms pushed by Congress and being implemented by FAA and industry have had a positive impact on safety oversight and industry health during normal operations, but also mitigated some of the debilitating impacts in this shutdown. Congressional leadership and oversight have been critical to the progress we have collectively made since 2012 and those efforts need to continue and be strengthened. We also ask the Administration and Congress to act in a bipartisan way to make certain that we do not have another shutdown – either a partial one in the next few days or in the future. Either scenario will have extremely harmful effects to the aviation industry. Recovering from the recent government closure will be both lengthy and complicated, and any subsequent shutdown of the FAA will multiply these negative impacts on small businesses, the economy, and safety. The strength of aviation manufacturing’s economic contribution is dependent on a fully operating and functioning FAA being able to undertake certification, maintenance, pilot training, and other regulatory actions and approvals in order to bring aircraft, engines, avionics, and other new technologies and products to the U.S. and global marketplace and to properly maintain the existing fleet.

For this reason, we applaud the leadership of Chairman DeFazio and Ranking Member Larsen and vigorously support the Aviation Funding and Stability Act of 2019 (H.R. 1108). GAMA is joined by numerous other aviation stakeholders in support of this legislation, including many in the general aviation community. The purpose of this legislation is simple – to enable the FAA to leverage and temporarily draw from the Airport and Airway Trust fund in the event of a future government shutdown. If enacted, H.R. 1108 would provide targeted stability for the aviation system to function, including air traffic and critical elements of aviation safety – which includes certification, maintenance, and training – while ensuring congressional oversight. We look forward to working with members of this committee, and other stakeholders who share jurisdiction, in a bipartisan way to advance the Aviation Funding and Stability Act of 2019 in the near term and mitigate the consequences of any future government shutdown on the FAA.

Watch the archived live stream of the hearing.